We’re having a heat wave, and unlike that tropical heat wave in Grumpy Old Men, this one is not being welcomed like Ann- Margret to the Walter Matthau- Jack Lemon- Burgess Meredith neighborhood.  We’ve had highs in the upper 90’s three straight days with forecasts near 100 to July 3rd.  This is hot for Idaho, hot for 4,000’ elevation, and even hot for 40% humidity. 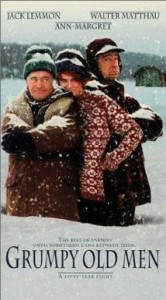 Running batteries-only means no air conditioning.  Luckily we have a shady site that gets direct sun on the stern of the trailer for a couple of hours in late afternoon and on the starboard side maybe three hours around midday.   Our awnings block much of the sun in both situations.  The nights get cool by midnight, so starting the day with a 70 degree house means it’s comfortable inside until early-afternoon.  Then we sit in the shade beside the river, hoping for a breeze while watching the fish jump.

We take our morning wildflower walks.  Everywhere we’ve been has wildflowers, usually of local or regional species, but some thrive from Louisiana to Idaho.  Today we spotted a few yellow dandelion blossoms.  We have seen them somewhere in every week on the road since late January.   It has been a long, lovely spring.

Nearby thunderstorms broke the heat just before sundown Saturday.  Our campground lies amid a rain-free strip between two storms which brought rain nearby, and the cloud cover cooled us down early.  Then we watched an incredible sunset with two light sources.   The storms behind us broke up but the clouds caught the late low sun and reflected a reddish glow onto the hills and buttes on the west bank of the Salmon.  Above them the other storm’s clouds set up the classic pink, blue, and brilliant white sunset.  It was something.

Summer here has one sure advantage over spring:  cowboy baths.  Yesterday near dusk I put on my trunks and waded out into the river.  That cool, clear water comes at you fast with a current of five or six mph.  Nobody sober swims it.  I found a rock big as a bowling ball to use as an anchor.  Five minutes later that clean water had dissolved all my salt and sweat, and cooled away the heat of the day.

6 thoughts on “Cottonwood, the Heat Wave”