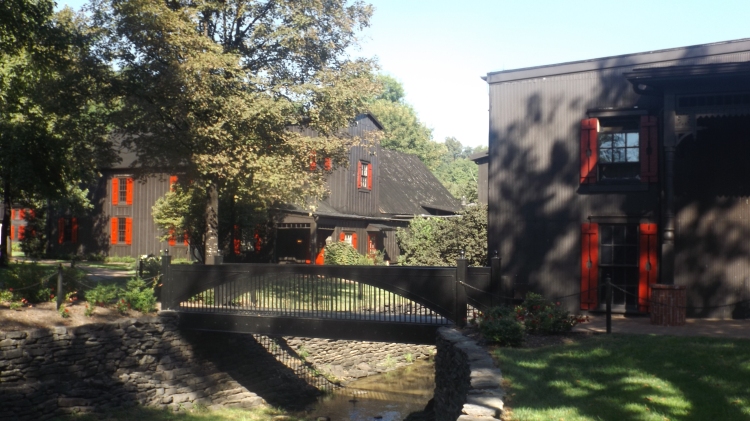 Long ago Kat and I worked in a busy French Quarter bar.  We sold a lot of premium-priced bourbons.  Jack Daniel’s was big, Crown Royal was the chart-topper (it’s actually a Canadian whiskey), but those were the choices of the poseurs and nouveau riche.  The cognoscenti ordered Maker’s Mark.  Maker’s distillery is in Loretto, KY, […]

Kat’s current work schedule is four days a week, leaving three to fill.  The first day off is for rest, the second calls for local amusement, and the third is to prepare for the coming week.  After three seasons here we have seen all the surrounding fairs and festivals, and with Saturday and Sunday now […]

Once again we have returned to Kentucky for a spell of hard work and financial rehab.   The air conditioning is now fully functional across the street at Amazon, which with all these sunny, 90 degree days, has likely already saved jobs, maybe even a life.  (Amazon caught some terrible press in another state a few […]

You’d expect tasting booths everywhere, but they all were locked up behind a fence with a cover charge at the gate. Pay the cover and each booth demands a couple more bucks for jus’ a lil’ tase. Few visitors went into that Spirit Garden, possibly on account of the early hour rather than the profit motive, or else they were Baptists who didn’t want to be seen by their neighbors.