When you think ‘Rock Opera’ what comes to mind?  For me, as much as I love Pink Floyd’s The Wall, and Dave Bowie’s Ziggy Stardust and the Spiders from Mars, it’s got to be Tommy, featuring The Who.

“He stands like a statue,
Becomes part of the machine.
Feeling all the bumpers
Always plays ‘em clean.
He plays by intuition,
Them digit counters fall
That deaf, dumb and blind kid
Sure plays a mean pinball!” 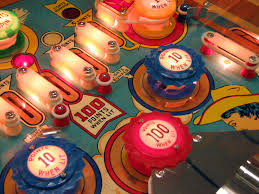 The Who, Floyd, and Bowie were all booked in other cities, and they would have been wildly expensive at that.  This rock opera, Mascherarsi (“Masquerade” in translation) had operatic singing, with a New Orleans flavored band, heavy on traditional jazz instruments drums, trumpet, harmonica, plus what sounded like an electronic harpsichord (a synthesizer, maybe?).  The music worked well.  The singing was clear, heartfelt, and on-pitch.  The acting, while a tad melodramatic, was meant to come across that way.  There’s just one catch:  you really need to be fluent in Italian to figure out what’s going on, and nobody at my table knew anything in Italian beyond “al dente”.

Suffice it to say, I was unable keep track of the love triangle.  At the end it looked more like the gondolier had just heard “Last call for alcohol!” and grabbed what he could get.  The mistaken identity plotline flew right past me; I never noticed it and still can’t figure out where it was in the play.  And there was the mystery of the fine netting that the Mermaid or Water Sprite pulled over the Gondolier and used to put him into a trance.   What was that all about?  Thinking about it now, it dawned on me that the net represented a spell.   And if we had subtitles, we wouldn’t have noticed the acting.

It was a fun evening, and the actors took major risks while venturing out well past their comfort zones.  Kudos to the producer as well:  it was a one night show that appears to have sold out.  It takes courage to bet your own money, and I hope they didn’t lose too much of it.

The sets were minimal, yet effective.  The theatre was lovely, clean, and functional.  It was built from the remains of an elevated café somewhere atop the Eiffel Tower.  This New Orleans Eiffel had been reassembled as part of the 1984 World’s Fair, and then remodeled again around 2000.  We had excellent seats, and who doesn’t love live art?

Yo, it’s good for the soul.

2 thoughts on “Mascherarsi, A Rock Opera!”