Marie Yovanovitch, our retired ambassador to Ukraine, wrote an excellent opinion piece published today in the Washington Post.  In it she spoke of the current peril to our democracy, and how “freedom isn’t free” and that it is not up to our military to keep us free from ourselves.  She says that if we all do something, even a small thing, that will be enough.   https://www.washingtonpost.com/opinions/2020/02/06/marie-yovanovitch-ukraine-ambassador-american-institutions-need-us/?itid=hp_no-name_opinion-card-f%3Ahomepage%2Fstory-ans

Me, I believe in the 1st Amendment.  You should too.   Here is my small thing:  excerpts from another interesting opinion piece in my favorite newspaper.

I believe the Senate is right to acquit the president.  I believe a fair trial is one with no witnesses, and that the trial was therefore fair.  I believe the House was unfair because it found evidence against him.  I believe that if the president does something that he believes will get himself reelected, that’s in the public interest and can’t be the kind of thing that results in impeachment.

I believe former national security adviser John Bolton has no relevant testimony because he didn’t leave the White House on good terms.

I believe Ukraine interfered with the 2016 election, and that the intelligence community’s suggestion otherwise is a Deep State lie.  I believe the Democratic National Committee server is in Ukraine, where CrowdStrike hid it.

I believe President Barack Obama placed a “tapp” on the president’s phones in 2016, and that the Russia investigation was a plot to keep him from winning, even though the plotters didn’t think he could win.

I believe former special counsel Robert S. Mueller III was conflicted because he quit one of the president’s golf clubs, and that he and his Angry Democrats conducted a Witch Hunt to destroy the president.  But I believe Mueller’s report totally exonerated the president, because it found no collusion and no obstruction.

I believe it would be okay for the president to say he grabs women by their  p—–s, because he is a star, and stars are allowed to do that.  But I believe he didn’t say that, even though he apologized for it, because I believe the “Access Hollywood” tape was doctored, because he said it was.

I believe E. Jean Carroll lied when she accused the president of rape, because he said she’s not his type.  I believe the dozens of other women who accused him of sexual misconduct are also lying, because he would never think of grabbing them by their  p—–s or anything else.

I believe the president wants to release his taxes but has not because he’s under audit, which is why he has fought all the way to the Supreme Court not to disclose them.  I believe he will disclose them when the audit is over, and that they will show him to be as rich and honest as he says he is.

I believe the president is a very stable genius, and that he repeatedly tells us so because it’s true.

I believe the president can spell. I believe any spelling mistakes he makes are because he’s a very busy man who doesn’t watch much TV, or because he’s intentionally triggering the libs.

I believe windmills are bad and cause cancer. I believe there was a mass shooting in Toledo and that there were airports during the American Revolution, because the president said so.

I believe the president is defeating socialism, despite the subsidies he’s paying to save farmers from his protectionism and the $3.2 trillion he’s added to the national debt during his term.

I believe the president has made tremendous progress building the wall, that Mexico paid for it in the trade deal, that the wall will soon run from San Diego to the Gulf of Mexico, that it will stop those caravans cold, and that it won’t fall down.

I believe the president has a 95 percent approval rating among Republicans, and that there’s no need to cite polls for that.

I believe there is no longer a nuclear threat from North Korea.

I believe the president is truthful. I believe the Fake News media lied each of the 16,241 times they have said he has made a false or misleading claim.

I believe Article II of the Constitution gives the president the right to do whatever he wants.”

Kellyanne Conway’s husband George wrote that.  George T. Conway III leads a prominent anti-Trump PAC.  I think George is suggesting these beliefs are those that are held by GOP Senators and generally, followers of Trump. 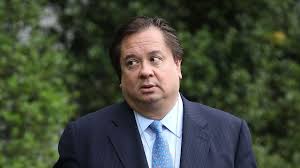 And you know that I ain’t.

One thought on “I Believe the President”